As a music professor at Millikin University, I spend considerable time encouraging high school musicians to choose Millikin as their college home. I talk to them and their parents at length about the value of a Millikin education, and tout the many fine attributes of our music school.

I’m no great salesman, but then I don’t really need to be. Millikin is a pretty easy sell.

I’m also quick to mention other community attributes, such as downtown Decatur’s renovation; the Decatur Indoor Sports Center; a fantastic network of bike trails near campus; local healthcare services and hospitals; and additions to campus town on Oakland Avenue.

I enjoy telling prospective music students about musical opportunities and events in our community — the Millikin/Decatur Symphony Orchestra concerts at Kirkland Fine Arts Center; jazz performances at Lock Stock and Barrel; and, of course, the Blues in Central Park series.

The Blues series celebrates its fifteenth season this summer, which is an exciting milestone. It all started with a small group, brought together by Decatur Magazine Publisher Beth Stringer, which got together at Lock, Stock & Barrel for an initial planning meeting. From there, we moved forward with an idea for a Blues series, working tirelessly to make the event a successful reality.

It’s thanks to the hard work of these dedicated individuals, along with residents and sponsors whose help they’ve enlisted over the past fifteen years, that the Blues in Central Park tradition has become indelibly woven into the fabric of Decatur life — bringing people together three times each summer to celebrate the power of a shared community experience.

To commemorate its fifteenth anniversary, the 2015 Blues in Central Park series will begin as it started, with the bluesmen who performed the very first concert in June 2001.

On Thursday, June 18, Howard and the White Boys will again take the stage to bring their brand of Chicago blues to Decatur. These veterans have established a reputation as a top blues act, due in part to their regular performances at Buddy Guy’s Legends blues club in Chicago. Guy has been so impressed with this group that he’s made them his opening act for several tours.

At their Central Park performance, Howard and the White Boys will promote their latest acclaimed CD, “Rosa’s Lounge.” A recent review in The Chicago Sun-Times stated, “You can’t see this high-energy, good time band without leaving with a smile on your face.” See for yourself on Thursday, June 18.

If you want to hear a soulful horn band made up of A-list musicians from Nashville, you won’t want to miss Markey Blue on July 18. 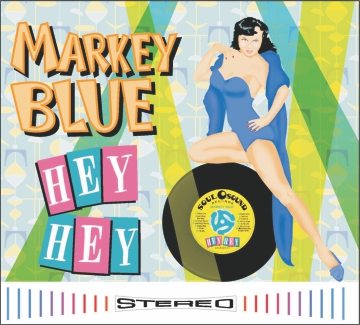 Markey Blue, a blues/R&B act from Nashville, takes the Central Park stage on Thursday, July 16. Led by singer/songwriter Jeanette Markey and songwriter/guitarist Ric Latina, Markey Blue plays over 100 dates a year, showcasing the mesmerizing vocal style of Markey and the inspired R&B guitar playing of Latina. Their debut CD, “Hey Hey,” which was released in fall 2014, earned rave reviews. If you want to hear a soulful horn band made up of A-list musicians from Nashville, you won’t want to miss Markey Blue on July 18.

The online blues magazine BluesWax says, “Southern Hospitality, after a single gig, has significant players in the blues world taking notice. Fowler, Wainwright, and Soars share much love for the songs of the South . . . the hot jazz and funk of New Orleans, classic country, and soul and blues that became rock ‘n’ roll in Memphis.” Southern Hospitality takes the stage on Thursday, August 20, and promises a performance you won’t want to miss.

This summer celebrates fifteen years of top-drawer blues entertainers taking the stage at downtown Decatur’s Central Park. It’s an exciting milestone for the Blues in Central Park series — and for our community.

It’s a celebration you won’t want to miss!

Where Are They Now?

Over the past 14 years, the line-up of Blues in Central Park performers include a few who have gone on to make it big on the blues music scene, both in the US and abroad.

Joe Bonamassa was a rising star in the blues world when he played here in July 2005. Now, his sold-out concerts in London are aired on national TV, and his new album is #1 on the Blues Billboard chart.

Named 2014 BMA Soul Blues Male Artist of the Year, John Nemeth has climbed the charts since he played here in June 2012. And, his new album, Memphis Grease, was met with rave reviews when released earlier this year.