Located 45 miles north of Decatur on IL Rt. 51, Bloomington is the County Seat of McLean County, the largest county in Illinois (approximately 762,240 acres). The cultural arts in Bloomington are enhanced with the US Cellular Coliseum, which opened in 2006 with seating for 7000, and the Bloomington Center for the Performing Arts, which is the centerpiece of the city’s new cultural district and includes the McLean County Arts Center.

Bloomington is home to a zoo, bike trails and four public golf courses, including The Links at Ireland Grove, a 9-hole executive course. Lake Bloomington is fifteen miles from the city and 635 acres in size, four times smaller than Lake Decatur’s 2800 acres. With only 18-miles of shoreline and governance by a neighborhood association, Lake Bloomington also has limited public access.

Even though Bloomington has experienced a 2.8% population growth since 2010, the city has been impacted with job loss and increased crime rates. The city lost 2850 jobs in the past two years with the closing of the Mitsubishi plant and relocation of 1600 jobs at State Farm Insurance to Atlanta, GA. Crime statistics reveal a significant change as well. While Decatur’s crime rate decreased 8%, Bloomington’s crime rate increased over 11% from 2013 to 2014*.

The cost of living index is similar in both cities, but residents in Bloomington paid more than double in property taxes in 2014 when compared to Decatur. 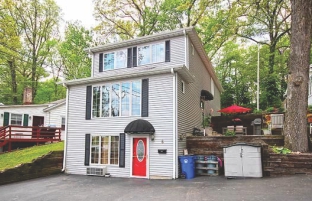 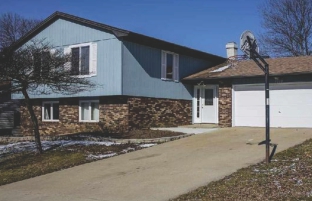 This article originally appeared in the April/May 2016 issue of Decatur Magazine. It may not be reproduced or redistributed in whole or in part without the publisher’s consent.