Located 25 miles north of Denver, Boulder is surrounded by mountains to the west and thousands of acres of protected open space to the east. A choice destination for outdoor enthusiasts and home to the main campus of the University of Colorado, Boulder is also a magnet for small business start-ups, ranking in the top ten nationally since 2010. Aerospace, bioscience, IT, natural products and outdoor recreation are the top industries.

With a huge college student enrollment over 67,000, Boulder is also home to 19 craft breweries and brewpubs, including the largest, Avery Brewing Company owned by Decatur native Adam Avery, who moved into a new 67,000 square foot, $27 million headquarters in 2015.

Boulderites have displayed a deep commitment to city beautification and education since the city was incorporated in 1871. In 1877, citizens persuaded the state legislature to locate the state’s first public university there; 104 families donated the land and money to build the campus.

In 1908, citizens hired landscape architect Frederick Law Olmsted, Jr., son of the famous designer of New York City’s Central Park, to help them best plan the city. He said, “above all else, Boulder must be beautiful, a prosperous town where people would spend their lives, not just make their money and get out.” A philosophy city planners have embraced ever since.

With industry growing and population booming during the 1950s, the city could have fueled the growth by welcoming developers in to build new housing and offices. It did just the opposite. In 1959, the city created the “Blue Line” across the mountains at an altitude of 5750 feet, above which no water or sewer service would be provided – purely to protect the view. In 1967, residents voted to enact a sales tax (now at .6%) to purchase green space around the city and to limit new housing starts to just 2% a year, effectively blocking developers, heading off major roadways and preserving nature. The city and county now manage over 97,000 acres of open space.

Surrounding the city with green space has had an impact. Though not exactly cheap before, the limited space has resulted in sky-high real estate prices – with a median price of $583,600, single family homes are 1.5 times as expensive as in Denver. The cost of living index in Boulder is 121.4, almost 40 points higher than Decatur’s affordable 83.6. 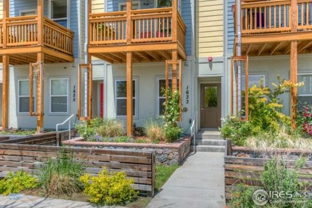 This article originally appeared in the August/September 2017 issue of Decatur Magazine. It may not be reproduced or redistributed in whole or in part without the publisher’s consent.