Home to the Buckeyes of Ohio State University and the capital of Ohio, Columbus has a student population of 65,000 during the school year, and a large government presence, with insurance and healthcare as the other top industries. Work commutes average 28 minutes in Columbus compared to the short 12-minute average drive time in Decatur.

Boasting 23,000 acres of park space, Big Ten sports and rich cultural diversity, Columbus is the fastest growing city in Ohio. Cultural arts in Columbus includes the theatre, symphony orchestra, opera and several popular summertime events, including the Jazz & Rib Fest and Picnic at the Pops, just like Decatur’s Blues in Central Park Series, and the annual Labor Day Pops on the Lake performed on the shores of Lake Decatur.

Similar to Decatur, Columbus is composed of old neighborhoods and new subdivisions. Most of the old Victorian homes in Columbus have converted to rental properties and have been renovated as student housing to accommodate the increasing college population. The Short North neighborhood, just a few blocks from the city’s core, boasts art galleries, dining and specialty shops, offering the same ambiance as Decatur’s newly renovated downtown area.

With a population of 835,957, Columbus faces the challenges of any large metropolitan area, including high crime rates and high taxes. In addition to state and municipal income taxes, property taxes are one of the highest in Ohio. Even with the boom of new condos and townhouses built over the past five years, the increased property taxes and high condo association fees have made homeownership difficult for many residents. 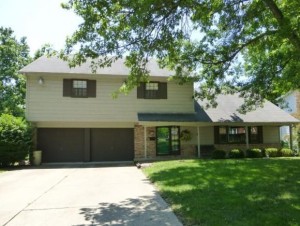 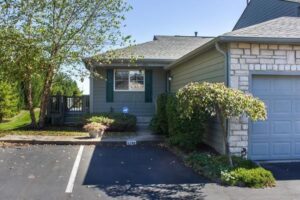 Here & There is sponsored by the Economic Development Corporation of Decatur & Macon County. For information on area business opportunities, go to www.decaturedc.com or call 217-422-9520. Columbus city information provided by the Columbus Chamber of Commerce and real estate listings provided by realtor.com.

This article originally appeared in the December/January 2016 issue of Decatur Magazine. It may not be reproduced or redistributed in whole or in part without the publisher’s consent.