Indianapolis is the nation’s 12th largest city and the capitol of Indiana. As the host of major sporting events and home to several professional sports teams, the Indianapolis 500, and headquarters for the NCAA, Indy has a strong sports history.

Even though efforts over the past fifteen years to revitalize the city’s blighted areas and expand sports and convention facilities has led to accelerated growth of the central business district and fringe areas, Indianapolis faces several challenges for continued development. Increases in property and income taxes to fuel expansion, poor air quality, and a sharp rise in crime rates are the top issues facing city officials.

In 2013, the murder rate in Indianapolis exceeded Chicago, and increased again in 2014 – high enough to merit a ranking in the Top Ten Murder Capitols in the country. The Indianapolis Police Department uses horseback and bicycle officers to patrol the city’s downtown areas, but certain areas of Indianapolis remain a concern for law enforcement officials. The 2016 crime index in Indy is 649.1, almost twice as high as Decatur at 352.8.

Because Indiana state law limits the number of miles of state highways, US and IN state routes were re-routed on I-465 instead of through the center of the city, with all seven routes sharing the same right-of-way. With limited public transportation other than bus service, and the increase of urban sprawl due to interstate travel, the average commute time in Indianapolis is 40 minutes. 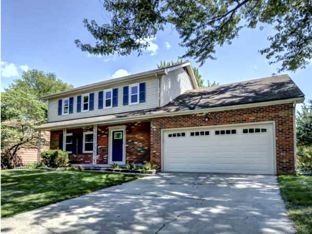 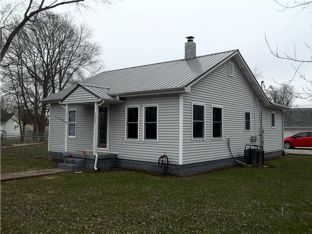 Here & There is sponsored by Vieweg Real Estate in Decatur. Community information provided by City-Data.com and real estate listings provided by Realtor.com.

This article originally appeared in the April/May 2018 issue of Decatur Magazine. It may not be reproduced or redistributed in whole or in part without the publisher’s consent.