Located 475 miles northwest of Decatur, Lincoln is the capitol of Nebraska and county seat of Lancaster County and home to the Cornhuskers of the University of Nebraska. Government and education are the largest employers followed by the health and service industries, including a growing high-tech sector. The region makes up part of what is known as the greater Midwest Silicon Prairie.

In 2015, ALLO Communications announced that it would bring ultra-high speed fiber internet to the city. Speeds up to 1 Gigabit per second were planned for both business and household use by using the city’s existing fiber network. Construction on the citywide network was to begin in March 2016 and is estimated to be complete by 2019.

Lincoln has several performing arts venues. Plays are staged by UNL students in the Temple Building, community theater productions are held at the Lincoln Community Playhouse, the Loft at The Mill and the Haymarket Theater.

Annual events in Lincoln mirror those you’ll find in Decatur: Lincoln National Guard Marathon and Half-Marathon in May; Celebrate Lincoln in early June; the Uncle Sam Jam around July 4 and Boo at the Zoo in October. A locally popular event is the Haymarket Farmers’ Market, running from May to October in the Historic Haymarket, one of several farmer’s markets throughout the city.

Lincoln has an extensive park system with over 125 individual parks. The parks are connected by a 133-mile system of recreational trails. The MoPac Trail is a bicycling, equestrian and walking trail built on an abandoned Missouri Pacific Railroad corridor which runs for 27 miles from the University of Nebraska’s Lincoln campus eastward to Wabash, Nebraska.

The cost of living index and crimes rates in Decatur and Lincoln are relatively the same, but residents in Lincoln pay median property taxes of $2791 compared to Decatur’s $1903. 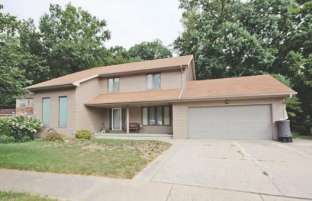 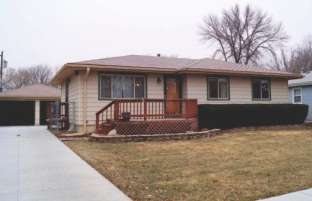 This article originally appeared in the February/March 2017 issue of Decatur Magazine. It may not be reproduced or redistributed in whole or in part without the publisher’s consent.