Louisville was founded in 1778 by George Rogers Clark, making it one of the oldest cities west of the Appalachian Mountains. It is named after King Louis XVI of France. Today, the city is known as the home of the Kentucky Derby, Kentucky Fried Chicken (KFC), the University of Louisville and its Louisville Cardinals athletic teams, Louisville Slugger baseball bats, and three of Kentucky’s six Fortune 500 companies.The Greater Louisville Region, made up of 5 counties in Indiana and 10 counties in Kentucky, is home to more than 1.4 million people with an estimated 584,045 households. The City of Louisville maintains its dominant share of the region’s population and is Kentucky’s largest city, ranking 28th in the nation.

The median income for a household was $49,161. Louisville today is home to dozens of companies and organizations across several industrial classifications. However, the underpinning of the city’s economy since its earliest days has been the shipping and cargo industries.

Play all day. Play all night. Louisville touts they invented bourbon, the cheeseburger and the Kentucky Derby. They are the home to the Greatest, Muhammad Ali, the world’s largest indoor bike park, and the Humana Festival. Louisville has 123 parks, 48.85 bike trails and over 111 festivals and events. Trulia.com ranked Louisville as the 3rd Most Affordable Place to Live in the US and Smart Asset ranked Louisville 8th in their Top 10 Cities for First-Time Homebuyers lists. 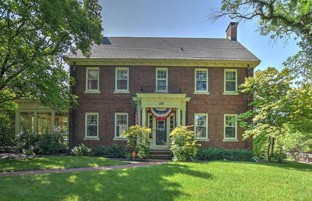 Built in 1923, The Shade House is on the Historic home tours for the city of Decatur. Exquisite renovation. Large corner lot beautifully landscaped. 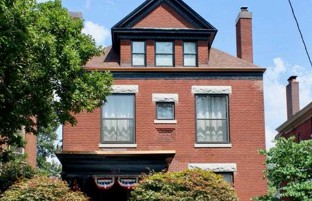 Fabulous 2 1/2 story circa 1890 Victorian found in the sought after 1300 Block of South First Street in Historic Old Louisville. This spectacular home has been lovingly restored to its original grandeur by the current owners.

This article originally appeared in the October/November 2018 issue of Decatur Magazine. It may not be reproduced or redistributed in whole or in part without the publisher’s consent.