Home of the blues and birthplace of rock and roll, Memphis still pulses with the rhythm of Beale Street, Sun Studio and the Stax soul sound, attracting music lovers from all over the world. The Peabody Hotel is a popular Memphis destination for visitors and located close to the action.

Memphis is definitely a river city, with bluffs towering over the Mississippi River and plenty of trails and park space to enjoy. Within the city limits you’ll find stately southern homes in East Memphis or new condo developments downtown, but most residents commute 30-40 minutes from outlying communities in Shelby County, like Germantown and Colliersville.

Fed Ex has a Super Hub in Memphis, and along with International Paper and Auto Zone, are the city’s three largest employers, so moving freight is a priority here. With a network of railroads, interstates, and river access, it’s no surprise that the Memphis International Airport is the 2nd busiest cargo airport in the world, behind Hong Kong.

President’s Island, home to the major river port and industrial park on the Mississippi River, is key to the continued growth of Memphis’ industrial base and logistics. But, 95% of the land on the island is already occupied or falls within the river’s flood plain making expansion difficult.

Memphis enjoys a low cost of living very similar to Decatur’s, but the city is faced with an unemployment rate of 9.7% and numerous quality of life issues that affect future job growth. With a high violent crime rate, Memphis has consistently been ranked in the Top 10 Most Dangerous Cities – Forbes magazine ranked them #4 in 2013. And in 2011 and 2012, Travel & Leisure ranked Memphis in the Top 10 America’s Dirtiest Cities, because of widespread littered public spaces. 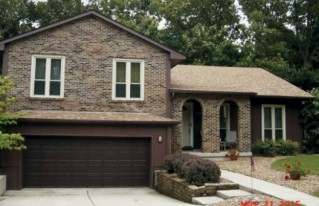 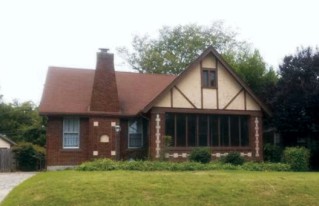 Here & There is sponsored by the Economic Development Corporation of Decatur & Macon County. Memphis information provided by the Memphis Chamber of Commerce and City-Data. Housing details provided by Realtor.com. For information on area business opportunities, go to www.decaturedc.com or call 217-422-9520.

This article originally appeared in the August/September 2015 issue of Decatur Magazine.
It may not be reproduced or redistributed in whole or in part without the publisher’s consent.
© Copyright 2015 Decatur Magazine – First String Productions. All rights reserved.