Located on the banks of the Mississippi River, the “Gateway to the West” is known for its eclectic neighborhoods, unique architecture, family-friendly environment…and its independent nature.

Seceding from St. Louis County in 1877, the City of St. Louis became an independent city, limiting political boundaries, and the ability to grow beyond its boundaries. The city’s population peaked in the 1950s with over 856,000 residents, but has declined at a dramatic rate ever since. The current population of 318,416 is a 63% drop, the highest in the country, and has been attributed to the mass movement of residents to the suburbs of St. Louis County.

The heart of St. Louis is its ethnic diversity, found in 79 different neighborhoods that each offer their own unique flavor. The Hill is home to some of the best Italian food in the city, Soulard is famous for its weekend farmer’s market, and the Central West End features corner cafes and year-round festivals. You’ll also find Ted Drewe’s, a St. Louis institution famous for their Concrete, a frozen custard treat prized by locals.

The site of the 1904 World’s Fair, Forest Park is home to permanent facilities and structures remaining from the fair – the St. Louis Art Museum, St. Louis Zoo and the Missouri History Museum that all offer free admission.

Washington University and St. Louis University are located here, along with Barnes-Jewish Hospital and the St. Louis Children’s Hospital, both operated by BJC Healthcare, the largest employer. St. Louis is also home to several Fortune 500 companies – among them Express Scripts, Ameren and Monsanto – and boasts the third largest freight rail hub in the country, right behind Chicago and Kansas City. 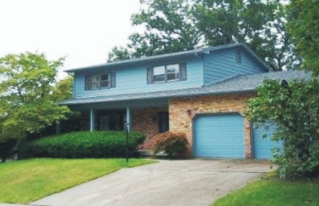 This article originally appeared in the October/Novemeber 2014 issue of Decatur Magazine.
It may not be reproduced or redistributed in whole or in part without the publisher’s consent.
© Copyright 2014 Decatur Magazine – First String Productions. All rights reserved.